If it weren’t for music it wouldn’t be as happy and whole as I am today.  I went to three different high schools  so I never really had the opportunity to form relationships that would last, but on the bright side I have lots of time to ponder big questions and figure out who I was. That became my pattern early on. My senior year somehow worked out to be almost all music classes. Apparently I’ve gotten  the academics out of the way in the prior year, so I was in the marching band, the orchestra, the chamber singers, the chorus and I got an hour of independent study on guitar and vocals each day. I started playing beach bars and nightclubs in 1981 at the age of 19. I will never forget my first gig at a place called The Driftwood in St. Petersburg Beach Florida. I used to drop by for their Monday night blues jam  and play the trumpet with a bunch of other guys. Eventually, I started playing the guitar and singing every on Friday nights for for $20 and all the beer I could drink! They get a really good deal because I couldn’t drink much, especially if I really wanted to play. And play I did! I think I knew 23 songs when I started there, and just played ’em over and over again.  The place was really rustic, open-air, right on the beach and full of all sorts of characters under the influence of any number of liquids and other substances. It was the early 80s. What was to follow has been an adventure, and what feels like many lifetimes looking back from today.

The journey goes on…..with destinations just an excuse, …for the ride is the reason! 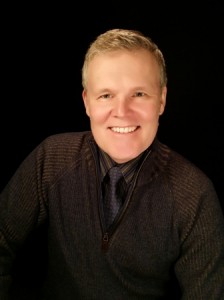 The Singer/Songwriter and then some